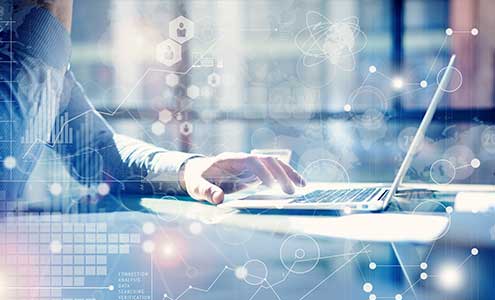 This week, President Trump announced his intention to nominate Barbara Barrett to be the next Secretary of the Air Force.  In 2003, she was nominated for this same position, but withdrew her name before the confirmation process.  She was later nominated and confirmed as the U.S. Ambassador to Finland.  In addition to her experience as President George W. Bush’s Ambassador, Barrett brings a blend of both public and private sector experience to the position.  Previously, she served as the chairwoman of The Aerospace Corporation, a federally funded nonprofit corporation that provides technical guidance and advice on a wide array of military, civil, and commercial space missions.  President Trump believes that Barrett’s leaderships qualities, relevant experiences, and vast industry knowledge make her an ideal candidate to lead the Air Force and maintain U.S. air and space dominance.

This past week, the North American division of Serco Group plc, Serco, Inc., announced its intentions to acquire the Naval Systems Business Unit (“NSBU”) of Alion Science and Technology Corp. (“Alion”), including its Canadian business and several related contract operations, for $225 million.  Alion’s NSBU provides systems engineering for the Navy and will allow Serco, a U.K. based company, to secure a larger foothold in the growing U.S. defense market and hedge against potential headwinds from BREXIT and Teresa May’s impending June 7th resignation. Additionally, this divestiture allows Alion to continue to shape its offerings more towards electronic warfare and intelligence, surveillance, and reconnaissance (“ISR”).  Serco, Inc.’s announcement represents its 2nd U.S.-based transaction since buying SI International, Inc. in 2008, as it purchased BTP Systems, LLC in 2017.  Having completed two acquisitions over the past two years, Serco, Inc. is demonstrating its desire to use M&A as a tool to add scale and expand offerings while taking advantage of favorable budgetary conditions in the U.S.

Babcock International (Down 11.3%) – Share prices were down this week amid a slowdown in government orders ahead of Brexit and two of its largest contracts coming to an end.

Park-Ohio Holdings Corporation has agreed to acquire Erie Press Systems, a provider of forging presses, hydraulic and mechanical presses, and metal stretch-forming and carbon extrusion machines for aerospace and defense markets.  Terms of the transaction were not disclosed.

Check the background of KippsDesanto & Co on FINRA’s BrokerCheck